With the distinction of being the longest-running pro gaming tour in the world, Intel Extreme Masters has a rich history of epic esports moments that span a generation of talented players and various highly-competitive games. We wanted to capture that feeling of legacy and achievement by sculpting some of those heroic winning moments, immortalizing players in rocky stone cliffs that overlook an ocean of future possibilities. The journey of the intro leads to the creation of a new statue, symbolizing history in the making, as the sun breaks through the stormy weather to reveal the next champion of IEM.

It was so satisfying to sculpt the player likenesses and bring classical sensibilities to modern esports athletes. We worked closely with ESL (shoutout to Carmac aka Michal Blicharz) to dig into the history and identify moments to enshrine in (digital) stone. 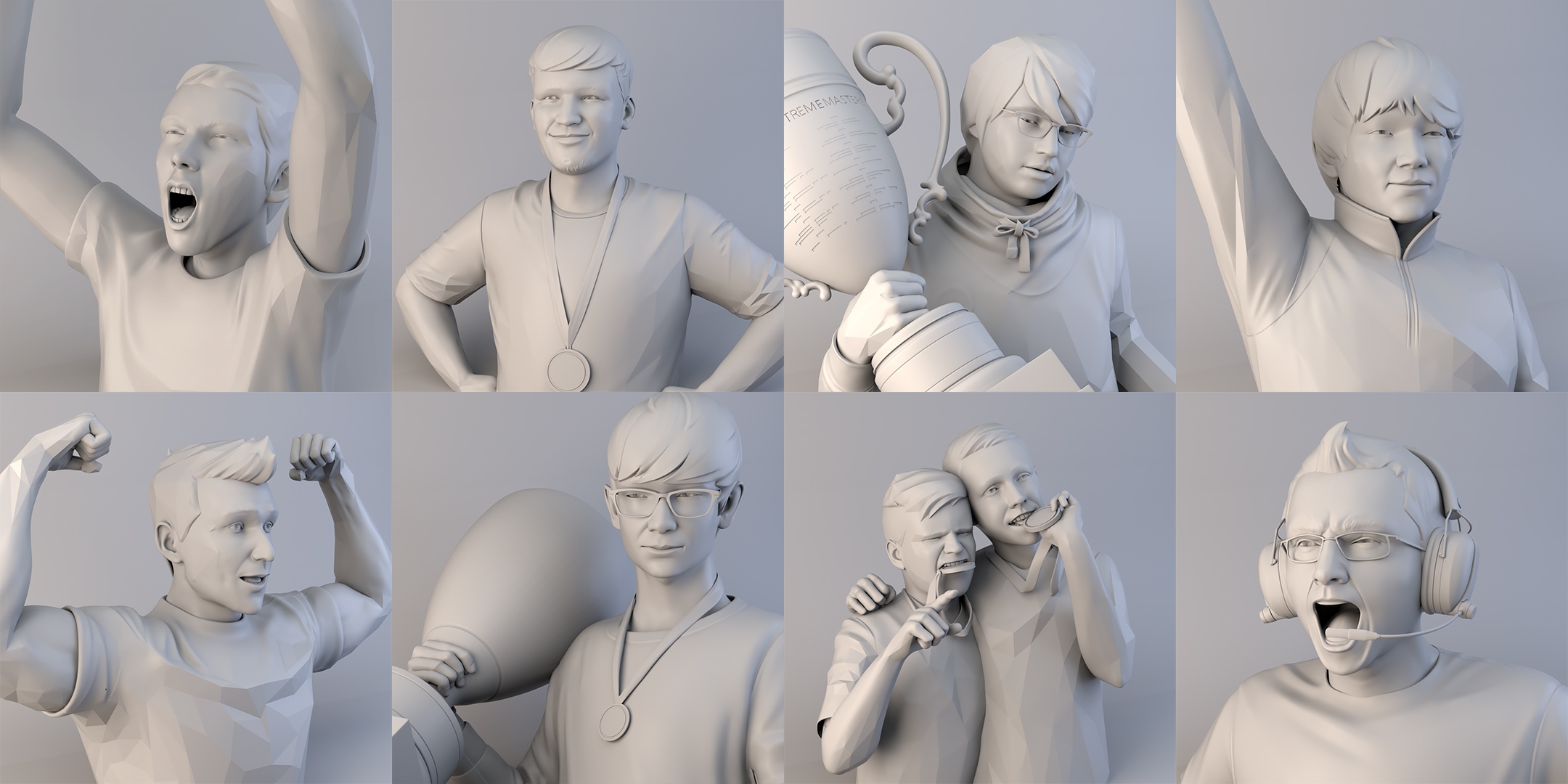 The end result is a love letter to IEM and to esports as a whole, which made it an absolute honor for us to take part in. Check out a bit of our behind-the-scenes process!